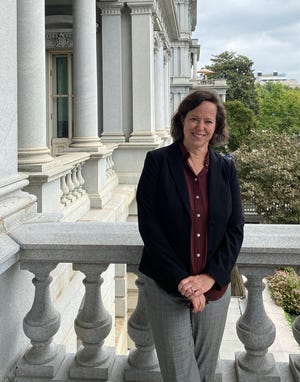 Security function for millions of smartphones

Smartphone users with the Google Android operating system We can expect new functionality in the future. This was reported by the technology portal chip.de. As a result, there should be a new security feature that resets app permissions.

“Auto-reset permission” is the name of the function which so far only works with version 11 of Android. This year, however, the feature will roll out in more versions, including older smartphones, chip.de reports, referring to a blog post. post by Google.

What is the job for?

When you download apps from the Google Play Store, they often have to accept a number of permissions. These apps allow the app to access photos, contacts, and other data, for example. If you don’t need the app for a long time, you will quickly forget about it on the smartphone, and many unused apps are not uninstalled, but just remain on the mobile phone. It can become a security issue, for example, if you don’t notice an update with vulnerabilities. In this case, “Automatic Permission Reset” will be activated, reports chip.de. As a result, it searches the device for apps that the user has not opened for a long time and then revokes the licenses that the user granted during installation. If the application is clicked again at some point, the user will have to accept the licenses again.

When will Android users have more security?

According to chip.de, Android devices with version 6 or higher should be equipped with this function. However, it may take a while, as there are at least several million devices. Google is currently assuming the new feature will be available on all devices from version 6 in Q2 2022, according to chip.de.(mall)