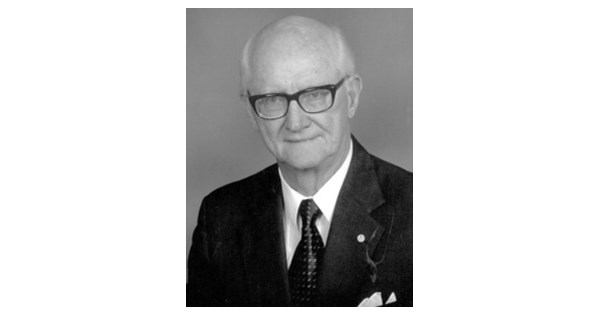 Bruce Haldeman June 23, 1936 – September 30, 2021 Bruce Haldeman II, 85, of Wilson, passed away peacefully on September 30, 2021 from a stroke. Born June 23, 1936, Bruce was the son of Walter Newman Haldeman II and Jane Norton Haldeman of Louisville, Kentucky. He was the great-grandson of Walter Newman Haldeman, the founding editor and president of the Louisville Courier Journal and the founder of the city of Naples, Florida. Bruce was also the great-grandson of Eckstein Norton, former president of the Louisville & Nashville Railroad, founder of the Eckstein Norton Institute and namesake of Nortonville, Kentucky and Norton, Virginia. Bruce grew up in Glenview, Kentucky, just outside of Louisville, Kentucky. He graduated from Eastern High School, Middleton, Ky., Class of 1954. He graduated from the Virginia Military Institute [VMI], class of 1958, with a Bachelor of Science in Civil Engineering. While at VMI he was a swim team member for 4 years, letterter, co-captain and 3-time Southern Conference champion in 220, 440 and 1500 freestyle. Bruce served on active duty in the United States Air Force from 1959 to 1962 as a Civil Engineer, First Lieutenant. He served as a liaison officer with the Air Force Academy and in the USAF reserves, with the rank of major. He was extremely proud to have served his country and was a very precious moment in his life. After active service, he continued his education at Princeton University with a graduate degree in engineering and briefly attended law school at the University of Louisville. He also served for 10 years on the selection committee for the 7th Congressional District Service Academy of North Carolina. In his professional life as a civil engineer, he worked for Armco Steel, a steel manufacturer now owned by AK Steel Holding, based in Middleton, Ohio from 1963 to 1978 as a Territory Sales Manager, and at several times he was based in Memphis, Tennessee, Dallas, Texas, Richmond, Virginia and Greensboro. From 1978 to 1984, he worked as a civil engineer for the American Wood Preservers Institute and for Atlantic Wood Industries until 1985. He was also President, Vice President and Director of Kentex Mineral Co. from 1976 to 2019, after having served as president for 22 of those years, from 1996 to 2019. Bruce was an avid tennis player, especially in doubles, having played for over 50 years, including in many clubs, city and state tournaments. Over the years he has published articles in publications such as the VMI Alumni magazines, the Society of Colonial Wars newsletter, and the Deep Foundations Institute. He was proud to be a member of many associations and organizations, including the Society of Colonial Wars [served as Treasurer for 13 years], Sons of the American Revolution, American Society of Civil Engineers, Peyton Society of Virginia, Filson Historical Society, North Carolina Zoological Society, VMI Keydet Club and Preservation North Carolina. He was a former member of St. Francis Episcopal Church in Greensboro, North Carolina for 47 years, as well as: Forest Oaks Country Club, Louisville Country Club, US Tennis Association, Guilford Battleground Company, Weatherspoon Art Museum, the National Association of Royalty. The owners [NARO], a professional engineer registered in Tennessee, Kentucky, North Carolina, Mississippi, and Oklahoma, the National Society of Professional Engineers, the Society of American Military Engineers, and the Deep Foundations Institute. Bruce is survived by his wife of 56 years, Barbara Olds Haldeman; son, Walter Newman Haldeman III (Ella); daughter, Anne Haldeman Blackmon (David); and grandchildren, Charles Walter Blackmon, Bruce Haldeman III, Davis Haldeman Blackmon, Aidan Spencer Blackmon, Priscilla Mae Reyes (Joseph) and great-granddaughter, Alessandra Amelia Reyes. He is remembered as a loving husband, a devoted father, an active church member, a great athlete and a respected businessman, and most of all a gentleman. Family and friends share memories of her personal approach, her genuine concern for others, her love for VMI and VMI athletics, her passion for history and our country, and her staunch faith in God. His dry sense of humor and his jokes with his wife, Barbara, will be missed. He was loved and cherished by his family and friends, and we are blessed to have been a part of his life. A Celebration of Life will take place at 11 a.m. EST on Saturday, October 23 at Maplewood Cemetery, 400 College Street NW, Wilson, NC with a reception to follow. Another Celebration of Life will take place in Louisville, Kentucky at Cave Hill Cemetery at a later date. In lieu of flowers, please donate to Crossnore School and North Carolina Children’s and Boys and Girls Home. Condolences to Joyner’s Funeral Home and Crematory at www.joyners.net.